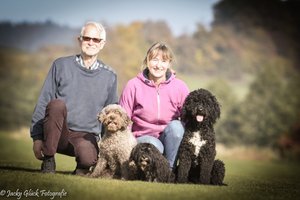 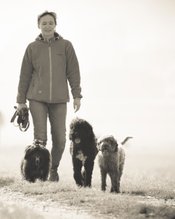 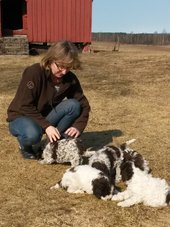 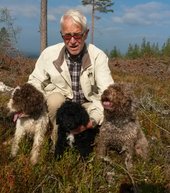 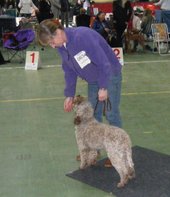 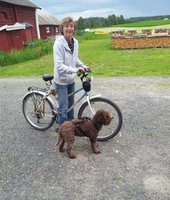 In 1990, we bought our first dog, a wirehaired German vorsteh (pointer) bitch. We were both interested in bird hunting, so a bird dog was a natural choice. After a few years we decided to have puppies on her. The result was six puppies and we kept one male. We learned a lot working with hunting dogs, and we participated both on the hunt tries, exhibitions and various dog training courses.

I have pretty much had dogs my whole life. My education is within agriculture and I have worked with agriculture for many years, both practical with care of animals, as well as in a Coop where I have had responsibility for the development of different pet foods.

In 2003, Svein Erik retired and we went on a circumnavigation with our sailboat. In eight years we sailed around the world before we in September 2011 docked in Norway for good. (You can read more about our circumnavigation in: Fruen fra Havet) Then we spent some time to decide what to do next. The first step was to buy a dog! While we were out and sailed, we had talked a lot about what breed we would like, and I happened to have read in the dog magazine about Lagotto. We found out that we probably did not want to be just as active on the “hunting front” any longer-so a more family-friendly breed would be more interesting. After some research on the Web we found a puppy litter in Sweden that looked interesting-and in October we got Ida. In that period we stayed temporarily in Oslo, in the house of a good friend, while we were looking for a suitable place to move to. Since we both love to be outdoor, and like to go skiing, we began to look for a small farm north of Oslo were the snow conditions are more stabile. So in January 2012 we moved to Bjølsetgrenda 16 km south of Elverum.

2013 we planned, and mated Ida, and in February 2014 6 puppies were born-5 males and one bitch. We kept the bitch, Fia, and she spends most of her time in foster care in Oslo.

The same spring, we began to think about getting us a new breed-and the choice fell on the Barbet. One of the reasons was that we wanted a slightly larger dog that could be more of a working dog and the more we read about the breed the more intrigued we became. After a few searches on the Web, we found a Swedish breeder, and in the fall 2014 we got Tuva.

In the spring of 2016, I had the urge to try out a small breed. I had met a small charmer a few times which turned out to be a Bichon Havanese, and after a study on the internet I found out that this was a very exciting breed that I would like to try out! Not long after, I found a breeder in Western Norway who had a puppy litter, and in May we picked little Emma.

In fall 2016, we had a review of what we want with our dog breeding forward. After thorough consideration, we found out that we would focus completely on barbet, and stop breeding lagottos. IDA is now retired, and Fia we have concluded is a bit too large and modest to be a good breeding dog.

In 2017 we bought Åbyfjordens Gilda (Saga). Not long after Tuva had her first litter, with 9 puppies, 2 males and 7 females. We fell in love with Coira and descided to keep her for our selves.

I am a member of the local Dog Club,I am a qualyfied dog trainer and have participated in some courses, including tracking, agility and obedience. In addition, I have begun to participate in track competitions with Tuva.

The Kennel Name Revulen is from the time we were working with hunting dogs. Revulen is a low mountain in Valdres which was a natural skiing destination for us at the time we had a cabin in this area-and has given us a lot of nice nature sceneries and memories…. 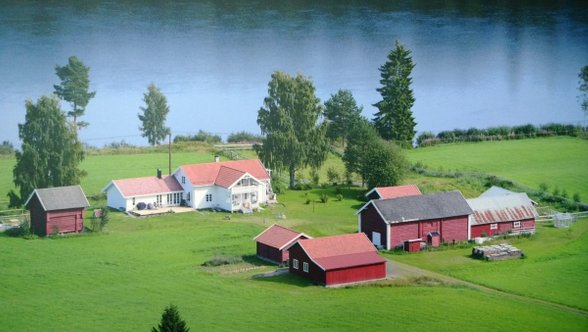